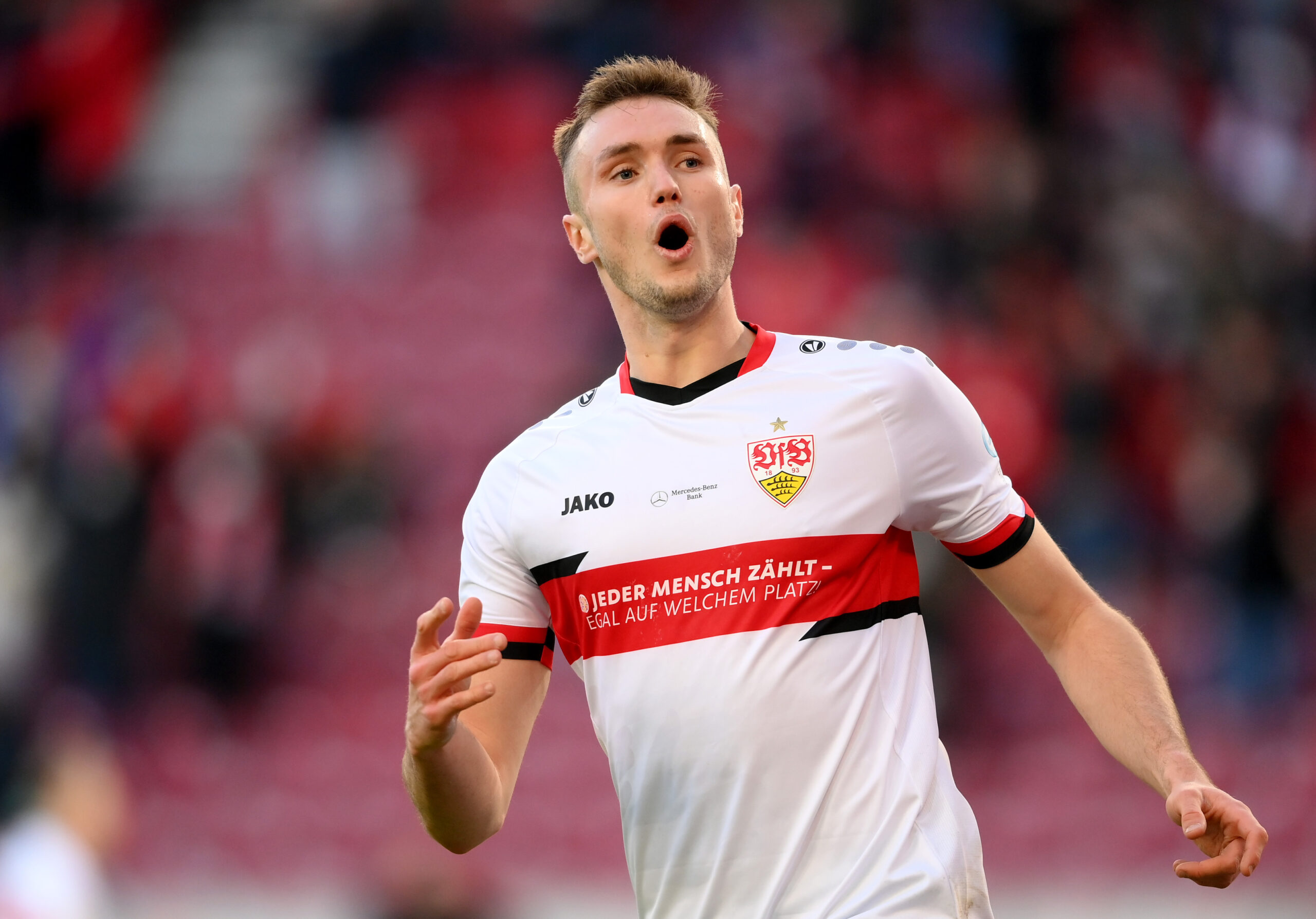 Sasa Kalajdzic is in the last year of his contract with Stuttgart, and he seems unlikely to renew it.

Various clubs have shown interest in the player, particularly those considered top tier in the Tottenham Hotspur.

There are six clubs, four of which are in the Premier League, showing interest in the player, and Tottenham happens to be one of the teams eager to get his signature.

Bild states he is also linked to AS Roma and Premier League side, Brighton.

Brighton wants his signature since they want to add goal scorers to their attack.

The player’s agent has visited England to assess his interests in the Premier League.

The player is not appealed in playing for Brighton since he prefers a club with European stature.

This means that his options lie with playing in the Europa League under Jose Mourinho or in the Champions League under Antonio Conte.

If Tottenham seeks to win the race of getting his signature, they will have to table an offer of more than €25m to his current club.

Stuttgart will hold on to the player until the buying fee is met.

If he does not leave, the club will offer him a contract extension until 2024 with a salary increment.

This would ensure he does not go on a free transfer.

As things are, Tottenham could buy him before since the forward has been on their wishlist and could be brought in to support Harry Kane.

Tottenham Hotspur Could Be His Preferred Destination

The player only considers a move to Roma as a backup option in case other avenues are unsuccessful.

Even though Brighton is showing a lot of interest, a move to Tottenham looks possible for the player should they increase their interest.

With a chance to play in the champions league, he could most likely lean towards Antonio Conte.

Even though it will force him to rotate with Harry Kane and Son Heung-min, he suits playing in the Premier League.

Conte could rotate his options using Kalajdzic when there is a need for more attacks.

Whether Tottenham is willing to spend the amount to get him is yet to be clear.

Kalajdzic did not have the best season in 2021/2022 since he scored six goals despite an impressive 17 goals the previous season.

It may seem Tottenham and other clubs may fancy the chance of bringing out the best in him, but some fans would prefer not making him a club priority in the current window.

Other Teams Linked With The Player

One year ago, Tottenham was thinking of potential replacements for Harry Kane when he stated he wanted to join a new team.

In recent months, it seems that his stance has changed, and the player is entirely part of Antonio Conte’s plans, courtesy of the Champions League football Tottenham will play next season.

The team does not lack alternatives since there is Kane, Son, and Moura all capable of playing in the middle, but it was claimed that Conte wanted a new player in the attacking line to boost his options before he begins a busy campaign.

In a season filled with injuries and sickness, the player contributed six goals in 15 appearances though he has 23 goals from 54 league appearances since he arrived in Stuttgart in 2019.

Bayern Munich was also linked with the forward when there were rumors that Lewandoski may leave.

Manchester United was also linked with the player, but according to Bild, Spurs admire the player and may prepare to approach the club and player in the coming weeks.