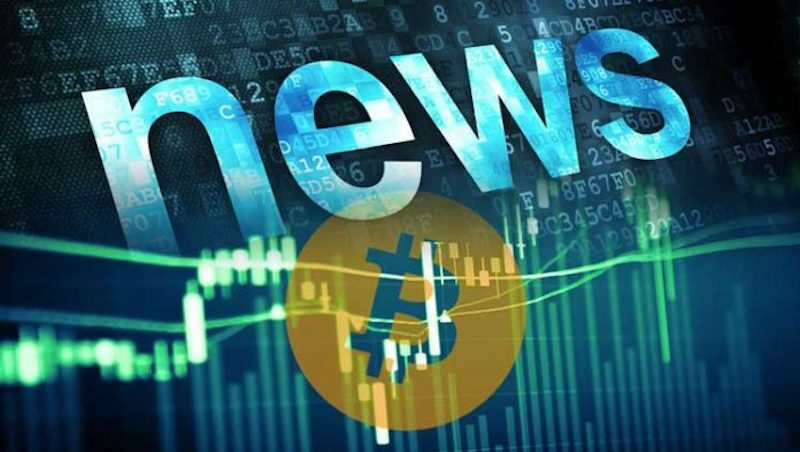 Do you want to know what the most important news about cryptocurrencies are? Are you starting as a trader? Then this news summary will interest you. It is time for you to stay informed. Read below the Top cryptocurrency news of September.

SeptemFUD in the Crypto World

China declares transactions with cryptocurrencies illegal (for the 100th times)

In the last few hours, China made headlines in cryptocurrency news. According to a statement issued by the Central Bank of China, cryptocurrency transactions increased illicit activities. These activities include money laundering, pyramid schemes, illegal money collection, among others.

Last Friday, September 24, the Central Bank of China announced that it declares all financial transactions with cryptocurrencies illegitimate. This is a radical regulatory measure for this type of trade.

As explained by the bank, all trading activities associated with virtual currencies are a danger to citizens’ possessions.

Because of China’s regulations in the last year, the price of these currencies suffered a decline. Meanwhile, the Chinese government claims that it only seeks to curb financial speculation.

The Central Bank also pointed out that citizens who do not comply with these regulations will be investigated for criminal liability. In addition, they will be punished according to the law.

On the other hand, the institution argued that trading with Bitcoin and other cryptocurrencies negatively modified the financial order. It also stressed that virtual currencies intensified money laundering and a host of criminal activities.

It should be recalled that in June 2020 more than 1,000 individuals in China were arrested for profiting from cryptocurrency transactions.

Another of the most recent cryptocurrency news happened this Friday when the Bitcoin fell by 5%. This happened just half an hour after China declared virtual currency trading illegal.

As for other virtual currencies, the dynamics was quite similar. For example, Ether fell by 8%, while the value of XRP dropped by about 7%.

In a statement released in the last few hours, the Central Bank of China maintained that digital currencies will not be used in any commercial transactions. Thus, all activities involving cryptocurrencies are illegal.

Among the announcements of the financial body highlights the promise to build mechanisms to thwart trade with any digital currency. It also points out that all its actions will be coordinated with the State, ministries and provincial governments.

With these regulations, they intend to achieve maximum monitoring and timely warning of cryptocurrency activities.

Guidelines issued by the Canadian Securities Administrators urge companies not to advertise promotions that invite sign-ups within a certain period. The warning is part of the most relevant cryptocurrency news of the week.

The Investment Industry Regulatory Organization of Canada underwrote the measure. It is a set of guidelines aimed at cryptocurrency trading platforms operating in the country. The aim is to prevent advertising content from misleading investors.

In a statement issued on September 23, the regulars’ measures urge cryptocurrency companies not to advertise lottery-like material.

The guidance does not contain further details on social media regulation. However, it does recommend that trading platforms appoint a regulator to monitor that advertising material complies with the stated guidelines.

According to statements by CSA President Louis Morisset, misleading advertisements encourage investors to take risks without their knowledge. He also pointed out that inappropriate marketing strategies induce users to disrespect the requirements of the law.

Another of the most relevant cryptocurrency news of the week was the lawsuit filed by a group of U.S. officials. The group led by U.S. Attorney Tracy Wilkinson filed a civil lawsuit in the Central District of California.

Among the statements they made it stands out that they identified four virtual wallets with more than 9.5 million Tether (USDT). According to the officials’ claims, the money came from a series of wire fraud and money laundering.

According to court documents, the legal owner of these funds resides in California. In April of this year he was scammed out of more than 199 Bitcoin (BTC). The person responsible for such scam was an individual who pretended to be an employee of Coinbase.

In the description of the complaint, the victim was contacted by Coinbase’s supposed customer service. After purchasing approximately 199 BTC.

The complaint details that the digital funds transferred from the victim’s account were divided and moved through small transactions. They were eventually deposited into four wallets listed as the prime suspects.

As a result, the U.S. government asked a court to seize the funds during the pendency of the civil lawsuit.

Plant vs. Undead: changing the rules and shaking up the game economy

Gamers and Plant vs Undead enthusiasts were caught off guard. It all happened this Tuesday when the game’s administrators announced a series of changes. So it has led the headlines of the most important cryptocurrency news.

The modifications in the game’s policies generated the annoyance of the entire community. According to the developers, the measures will be in force in mid-October. They also indicated that by that date the new PvP game mode, i.e. the battle mode, will be released.

They also emphasized that both this stage and the entire game will be launched in a beta version. The name of this version will be Factory Chain and it will work on its own blockchain. Which means that the battle mode will work in a separate ecosystem and with a new token.

With the implementation of these measures modifying the battle mode, players will log in using the non fungible tokens (NFT) obtained in the farm mode. In addition, they will continue to accumulate rewards for each battle won. The announcement has caused annoyance among gamers in the community around the world.

Home mining is now possible thanks to Compass Mining. With the services of this organization, customers will mine from the comfort of their home.

This is a service that sends the mining hardware to the client’s location. They will also receive the support they require through technical support.

All mining equipment would work with F2Pool, a popular mining pool that works with Bitcoin and other digital currencies.

For now, the service is only available in the United States. However, Compass Mining indicated that they will soon expand their services to Canada and Europe. All this before the end of 2021.

On the other hand, one of the company’s most popular customers is Jack Dorsey, the CEO of Twitter. In a tweet issued in August, Dorsey claimed that he is satisfied with the home mining service offered by the company. He also stated that the service helps him learn more about cryptocurrency mining.

Light Nite, the game that pays in Bitcoin and NFT

Light Nite is a video game quite similar to the popular Fortnite. It has a first-person shooter view and players compete against each other to receive rewards in Bitcoin. It has thus become one of the most talked about cryptocurrency news among gamers.

Thanks to the success of games like Axie Infinity, the cryptocurrency industry continues to promote new cryptoasset reward games. Among the options, Light Nite stands out. The big difference in this game is that it rewards participants with Bitcoin and in non-fungible tokens (NFT).

The game’s developer, Satoshi Games, maintained that the game is available for download on the Elixir platform. He also stressed that it will be available on Steam in November.

Satoshi explained that with the Alpha version of the game you earn Bitcoin (BTC) in battle mode. The rewards are up to 0.0001 BTC. This amount is distributed among the winning team.

Currently the game uses Blockstream’s Liquid Network to obtain the NFTs. It is also possible to buy with Bitcoin weapons and other items. In addition, players are not required to provide personal information, so security is guaranteed.

PayPal renews its design and focuses on cryptocurrencies

Another of this week’s cryptocurrency news is PayPal’s update. The world’s largest digital payments company modified its mobile app with an innovative design and features.

Now users will pay with QR codes. They will also manage their gift cards and cryptocurrencies from the mobile app.

According to a company announcement, the new app is a smart digital wallet. It uses artificial intelligence technology to create a unique payment tool tailored to each user’s requirements. In fact, at first glance the app seems more intuitive.

In the previous version, the home screen focused on showing the balance and sending and receiving funds. Now it shows a section with quick actions to access the functions. While the lower part contains new tabs for the individual functions.

Among the new functions is the Digital Wallet. This option manages each of the payment tools available in the country. For example, in the United States you will find fiat money and various cryptocurrencies.

As far as the payments section is concerned, you get functions for sending and receiving funds. It also has international transfers, donations and a messaging panel. This way users will communicate after making any transaction.

3 “unknown” cryptocurrencies are up more than 100%.

The cryptocurrency market is in one of the most uncertain times. All this after rumors that Evergrande, China’s giant real estate developer will refinance a debt of more than USD 299 billion.

Such rumors have toppled most markets and the digital currencies market was no exception. More than USD 299 billion vanished from the cryptoasset market. This fact denotes that the cryptocurrency market is quite small.

While Bitcoin is plummeting, three unknown digital currencies are surprisingly increasing, with a rebound of more than 100%. They are Conflux, Joe Token and Spell Token.

Conflux Network is an open protocol for new applications and Web 3.0. It promises to become a fast and secure blockchain, with an increase of 58.7%.

Joe Token, meanwhile, is defined as a governance token, standing out with a 119.1% valuation. Meanwhile, Spell Token led the rise with 148.6%.

Recently twitter launched a novel feature that has led the search for cryptocurrency news. Now users will tip in Bitcoin to the tweets they want. This move makes the “blue bird” the first social network to incorporate virtual currencies as a form of payment.

To process payments, users will link their Bitcoin in a fixed panel to receive tips. The procedure is easy and quite reliable for making and receiving funds. For now it will be available on iOS and will soon be available to Android users.

The suggestion panel will be located next to the track button. It will also be recognizable by a dollar bill icon.

Users will have a host of advantages with this update. They will link their Patreon application, GoFundMe, Capp, among others. All this with the purpose of supporting their favorite content creators, solidarity campaigns or simply helping someone who is having a hard time.

This measure is part of a series of actions executed by the director of the application, Jack Dorsey. According to an announcement he made, Bitcoin will play a key role in the company’s future.

Bet on your favorite games here with the best Bitcoin Casinos to get the most of your crypto: 1XBit – BitStarz or click here to see our full list of bitcoincasinos