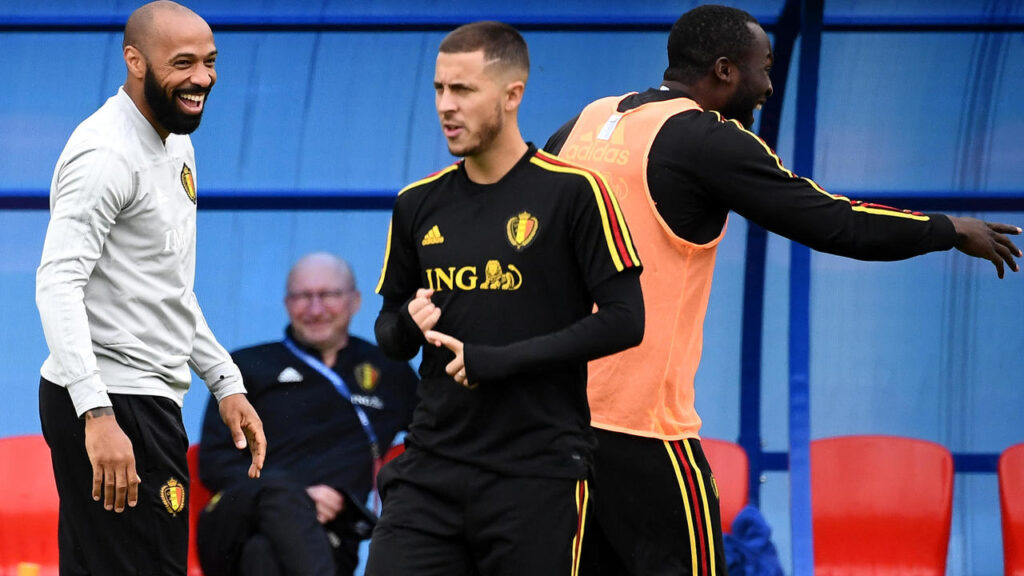 Thierry Henry, the famous former French striker, has joined the Belgium national team as assistant coach. His arrival in the team closes one of the most dangerous and powerful squads of the European Championship.

Thierry Henry arrived at the national team just a day ago. Without wasting any time, he immediately began to work on training. This also coincided with the reintegration of De Bruyne, who was already up and running with his teammates.

Henry’s signing was a last-minute move and a complete surprise. For the management, his presence will be the national team’s special weapon at the European Championship. This added to the participation of elite figures such as Carrasco, Hazard and even Lukaku.

Roberto Martinez, Spanish coach, is the head coach of the Belgium national team. Upon the news of Thierry Henry’s arrival, he was very happy. From his perspective, having the former striker means a renewal of strength to the team.

Martinez is well aware of Henry’s vast experience, not only as a player but also as an assistant. For him, such a well-trained figure is the reinforcement his coaching staff needed.

A second chance for Henry

Although unknown to many, Thierry Henry already worked for the Belgian national team as an assistant. This happened between 2016 and 2018. In October of the latter year, he left to join Monaco.

Henry’s idea was to advance his professional career. The possibility of being with Monaco could be a huge boost. Unfortunately that didn’t work out as he had hoped.

He later tried his luck with the Montreal Impact. He stayed there until February this year. Now, rejoining the national team he knows so well, Henry has a second chance to succeed.

Bet on the Euro 2020 games here with the best Bitcoin Casinos to get the most of your crypto: 1XBit – BitStarz or click here to find the top Bitcoin Casinos