Home News The most relevant sports news of October

The most relevant sports news of October 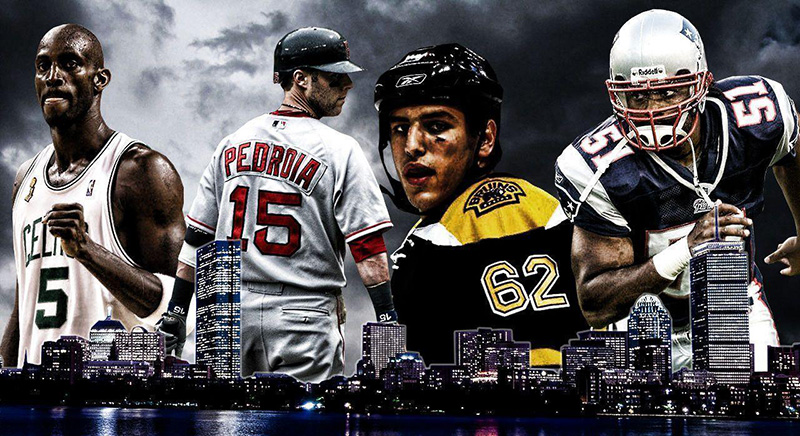 The events and the days of the main sports leagues continue to offer the public amazing display of team or one-on-one action. This is due to the fact that competitions do not stop and are a way of escaping from the global situation. Therefore, we present you the most relevant sports news of October.

Take into consideration that here you will find analysis, commentaries and the most important sports results. Do you want to know what happened in LaLiga Santander? How is the NBA preseason going? Or who is the favorite in the MLB postseason? Don’t wait any longer and read this summary with all the main information:

NBA: Teams waiting for the season to start

The NBA preseason continues this week. Teams are preparing for the start of the regular season, which will begin on October 19, 2021. The campaign promises better plays, more excitement and a strong battle in each conference.

This week’s preseason day began last Monday with several interesting games. Among them was the Toronto Raptors’ 123-107 win over the Philadelphia 76ers. Raptors player Justin Champagnie shined in that game with 17 points, 10 rebounds and 3 assists.

Some other results: The Golden State Warriors beat the Portland Trail Blazers 121 to 107. The Boston Celtics defeated the Orlando Magic 98 to 97. With two weeks to go before the season starts what can you expect, here are some highlights:

The Brooklyn Nets start as one of the favorite teams for the new championship. Their top stars Kevin Durant, Kyrie Irving and James Harden put them as great contenders. The New York team is followed by the Los Angeles Lakers and the Milwaukee Bucks (current champions) among the potential winners.

There are several stars the public wants to follow in the 2021-22 NBA season. Giannis Antetokounmpo, LeBron James, Kevin Durant, Luka Doncic, Stephen Curry are for several years in a row as the top ones. Fans expect their respective teams to advance with them as guides.

The NBA required players, staff and team workers to begin vaccinations against COVID-19. Some Athletes have received the first dose. However, others refuse, as in the case of LeBron James. This process is an important step in welcoming the public and being able to play.

After an exciting regular season, the MLB postseason has finally begun. It began on Tuesday with the American League wild card game between the New York Yankees and Boston Red Sox. The rivalry of these two teams lived another chapter, in which Boston won 6 runs to 2.

Boston’s starter, Nathan Eovaldi, silenced New York’s offense in 5 innings and one third. He allowed 4 hits and one run on a home run by Anthony Rizzo. The game featured home runs by Xander Bogaerts and Kyle Schwarber and a shaky outing by Gerrit Cole.

For Wednesday the St. Louis Cardinals will take on the Los Angeles Dodgers in the National League Wild Card game. This matchup will feature veterans Adam Wainwright and Max Scherzer respectively on the mound. Interested in learning more about the other matchups? We present them to you:

The Divisional Series kicks off on Thursday, October 7, 2021 with the Houston Astros hosting the Chicago White Sox. The Texans will be looking to prove themselves once again after the sign-stealing scandal. Chicago, meanwhile, will try to advance to the final round for the first time since 2005.

This series will be followed by the other American League series. In this case, the Tampa Bay Rays will play the winner of the wild card game. The team led by Kevin Cash had the best record in the league with 100 wins and 62 losses. This figure is a personal record of most wins for the franchise.

In the National League, two electrifying games will be played in the fight for the Divisional Series. On the one hand, the Atlanta Braves will play against the Milwaukee Brewers at the American Family Field. Atlanta battled until the last week for the East Division. Milwaukee clinched the Central Division comfortably.

The San Francisco Giants await their opponent, which will be the winner of the National League Wild Card game. The team from the Bay Area did not start the season as favorites. However, during the campaign they impressed with their timely hitting and dominant pitching. They achieved 107 victories.

NFL Week 5 begins on Thursday, October 7, 2021. On this date there will be only one game: Los Angeles Rams and Seattle Seahawks. For the set of California we must be attentive to what Matthew Stafford and Cooper Kupp can do. While in Seattle, Chris Carson will not be defeated.

The action will continue on Sunday, October 10 with 14 matches and on Monday, October 11 with one game. Day 4 left several exciting and interesting games as relevant sports news. For example, the Green Bay Packers defeated the Pittsburgy Steelers 17-27.

Also noteworthy was the Tampa Bay Buccaneers’ victory over the New England Patriots 19 to 17 in a dramatic game. In this game, the exciting return of star Tom Brady to Gillete Stadium should be highlighted. There he had the opportunity to become the quarterback with the highest number of aerial yards in the sport. He surpassed Drew Brees.

October 4-9, 2021 represents the final week of the NHL preseason. All 32 teams in America’s top ice hockey league are training hard for another scrimmage. Many are making the necessary adjustments and arming themselves with the best after a difficult year due to the COVID-19 situation.

Players like Connor McDavid, Mackenzie Blackwood, Jonathan Toews, Ivan Provorov, Leon Draisaitl, Trevor Zegras are starting to get in shape. The regular season will start next Monday, October 12, 2021 and will run until May next year. Each team will play 82 games.

Women’s soccer in the United States is going through a difficult time amidst allegations, controversies and scandalous sports news. At the beginning of October, the dismissal of Paul Riley was announced. The former player was head coach of the North Carolina Courage.

A group of former players denounced Riley for sexual coercion. Some of them accused him of misconduct while coaching them. The coach once the facts were reported to the media denied these versions. Many fans and people related to soccer repudiated these facts.

Following the allegations, Lisa Baird – commissioner of the U.S. National Women’s Soccer League – issued her resignation. The reasons for the resignation revolve around allegations of physical and emotional pressure from the now former North Carolina coach. The games of the last date were suspended for the same reason.

Kylian Mbappé generates controversy again, this time he gave an interview in which he gave his opinion on several topics. The French striker assured that the only team he would have possibly gone to play for would be Real Madrid. He clarified that the opportunity for this to materialize was in the summer.

The French player for months has been linked to a possible departure from Paris Saint-Germain (PSG). it is said that the player asked the club for a change of scenery. He denied that this decision has to do with Lionel Messi’s change of team. He gave the interview to L’Equipe.

PSG suffered a defeat against Rennes 2 goals to 0 last Sunday, October 3. Next October 15, they will play against Angers SCO. On the other hand, LaLiga Santander closed matchday 8 with several sporting results. This one was developed with 10 matches. The clubs are now concentrating on matchday 9.

The wrestler Justin Thornton died last Tuesday, October 5, 2021. This was announced by several media outlets in the United States. Thornton had been injured since August 20 when Dillon Cleckle punched him. This happened 19 seconds into a Bare Knuckle bout.

This is known as BKFC 20 and aims to fight or box without gloves. The U.S. fighter failed to recover from multiple fractures and injury. Despite efforts, Thornton who was 38 years old had an infection that moved into the special medulla. This caused multi-organ failure, resulting in his death.

Tyson Fury will fight Deontay Wilder III on Saturday, October 9. The T-Mobile Arena in Las Vegas will host both boxers. They will fight for the WBC heavyweight championship. The fight will start at 9:00 p.m. Eastern time in the United States.

In this way many fans hope that Fury will be able to defend the championship in this category. This is not the first time the boxers will face each other. In December 2018 they disputed their first confrontation. However, the positions and conditions were different.

Another of the most relevant sports news is the start of the Indian Wells Masters 2021. The tournament started on October 4 and ends next October 17 in California. The Masters 1000 and WTA 100 event will host the best tennis players of the men’s and women’s circuit.

If you are one of those who like alternative sports or electronic games, this information will please you. There are several competitions scheduled for these dates. You can also find below different related news highlights.

Fortnite PlayStation Cup, a competition only for PS4 and PS5, started last October 2. Many online players had the opportunity to measure their strength, demonstrate their agilities and practice. This tournament was part of season 8 of the so-called Battle Pass.

Epic Games announced at the end of September the requirements, schedules, dates and prizes for this exclusive event. The cup will be divided into two parts, the first in October and the second in November. In both stages players can win cash rewards.

At the beginning of October the Late Game Arena returned to Fortnite. Specifically the company in charge activated the game on Tuesday, October 5. However, on October 1 and 2 players conducted various tests and participated in different competitions.

On the first date, the Late Game Solo Cup was played. The next day the Late Game Trios Cup started. The company promised various improvements and modifications. The idea is for participants to show their agilities and compare them with those of their opponents.

Are you a fan of this video game? We have a pleasant surprise for you. Call of Duty Season Six will be released on October 7, 2021. From this date on, if you are a follower of this game, you will have the opportunity to enjoy it.

This shooter saga offers changes that will surprise you. It will have a good story in which the developer, Activision, promises a quite epic ending. In this season, there will be fantastic weapons, super special zombie packs and multiplayer maps.