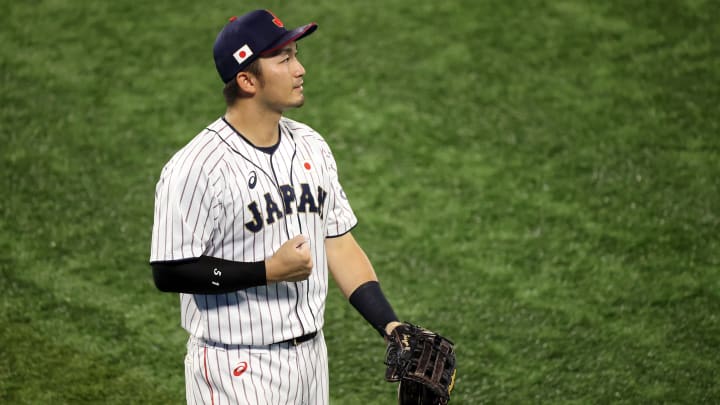 The Japanese star, Seiya Suzuki started following the Boston Red Sox on Instagram and this has started a huge wave of rumors about a possible agreement.

After the Hiroshima Toyo Carp posted Suzuki in the Japanese posting system, a huge interest sparkled from a lot of teams of the MLB. Three special teams have shown a special interest and all of them are from the American League East: The Red Sox, The Yankees, and the Blue Jays.

So, the fact that Suzuki started following the Red Sox, started a huge number of rumors regarding the possible arrival.

So far, nothing confirmed

Suzuki is still looking for a team in the MLB to play during 2022 and Boston is in need of a right fielder after the departure of Hunter Renfroe and Kyle Schwarber in the off-season. On the other hand, both the Yankees and Blue Jays are not needing outfielders, but they might be interested in reinforcing their batting lineup. Also, avoiding the strengthening of a division rival is something that’s always in the books when considering possible trades on the transfer market.

This could be certainly true in the case of the Yankees, that won’t be willing to make the Red Sox stronger with the signing of the Japanese Start. But, where you would be putting Suzuki when the Yankees seem to have their outfield covered? Looks like Aaron Hicks could be leaving the Yankee Stadium if the Japanese player arrives at the Bronx.

Who is Seiya Suzuki?

Seiya Suzuki is 27 years old, who has been a star in the NPB for more than 9 years. During these 9 seasons, he has put outstanding statistics of .315/.415/.571, with 182 home runs. In 2021, he crushed 38 home runs and stole 82 bases. He has won the Golden Globe several times during his stint with the carps. Seiya Suzuki also was a teammate of Masahiro Tanaka, as part of the Japanese team that won the Olympic medal last summer. He has achieved all records in the NPB and he is about to hit the MLB by storm. The Japanese star has played mostly on the right field because of his outstanding arm, but right now Aaron Judge is there and while he has spent some time on the center field to give chance to Giancarlo Stanton to play on the right field, you don’t see Judge as the daily center field.

So, knowing this… and the fact that Seiya Suzuki has already followed the Red Sox on Instagram could be a definitive answer on what’s going to happen.