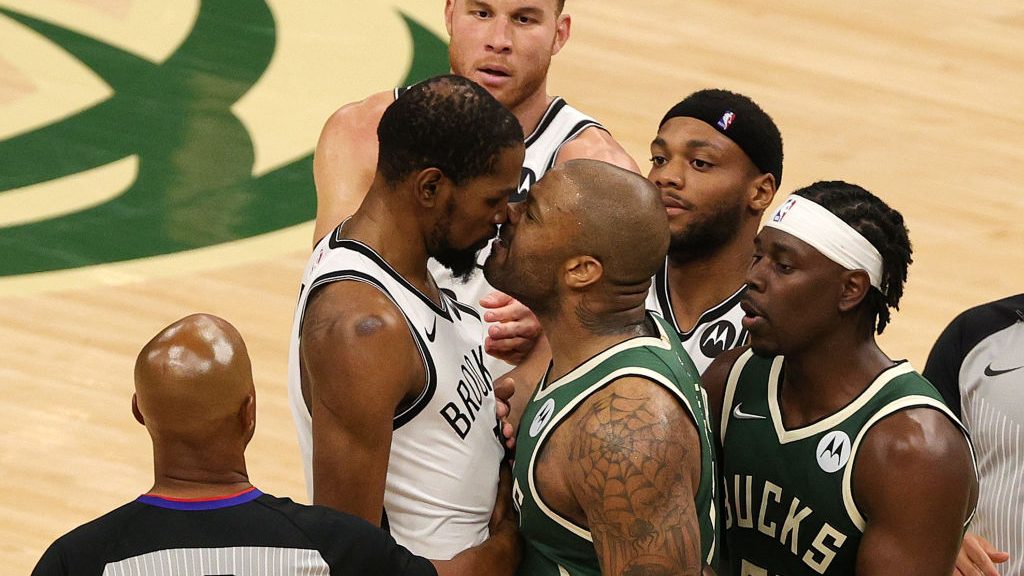 The NBA has announced its decision to sanction the bodyguard who recently defended Kevin Durant against Tucker. The man, upon entering the playing court, broke several rules, and that would be the official reason for the penalty.

The entry into the conflict

The bodyguard entered the court when the argument had already started. Tucker had previously been chasing Kevin Durant. Although the Nets player ignored him at first, at a certain point he ended up arguing with his rival.

That’s when you saw the altercation between the two players coming. But that’s when the bodyguard came in. He shoved Tucker rather aggressively, and stepped in to defend Durant against any retaliation.

The identity of the bodyguard

In order to carry out the suspension, the NBA needed the bodyguard’s name. Usually this kind of information is kept by the team. However, officials managed to find out that the man’s name is Antjuan Lambert.

Apparently, Lambert is not actually a guard hired by the Nets. On the contrary, it was Kevin Durant himself who requested his services. The player added him to his personal security detail upon landing in Brooklyn.

Mike Budenholzer, who is coach of the Bucks, ruled out any lawsuit by the team. However, he did note his disagreement with Lambert’s attitude. In his own words, the bodyguard’s act could have made everything worse.

Jrue Holiday, another Bucks player, also questioned the intrusion. Aside from the problem with Kevin Durant, Lambert’s action was too aggressive.

Holiday also said that he does not consider Lambert’s behavior to be correct. Problems between players are normal, although the bodyguard’s attack is already completely out of bounds.