Home News El Salvador vs IMF and the latest news

El Salvador vs IMF and the latest news 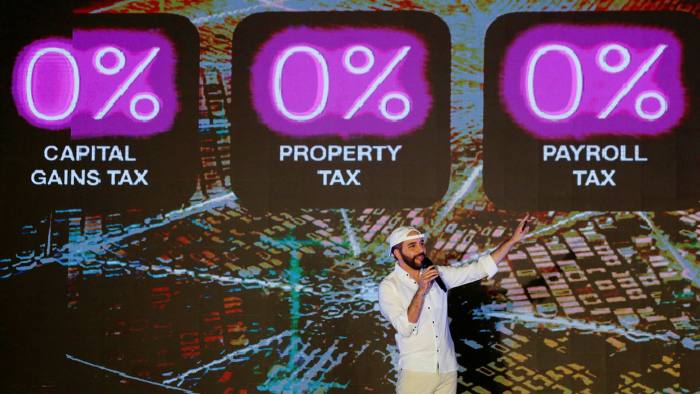 News related to the digital market and the cost of cryptocurrencies in real time cause more and more interest. Therefore, in this article we leave you some of the most notable news of the week.

The legalization of Bitcoin in El Salvador is a news that caused a stir and raised multiple alerts. The International Monetary Fund assures that this event may cause severe consequences in the financial stability of the nation.

Previously, the organization had already expressed its opinion on the subject, mentioning the financial risks and the need for regulatory measures. The mission in charge of analyzing the nation’s economy recommends limiting this new law and better assessing its consequences.

Jerome Powell was re-appointed as chairman of the Federal Reserve System. President Joe Biden announced that Powell will serve another four years at the helm, highlighting his excellent performance in the face of the pandemic.

This news caused a lot of commotion and generated drops in cryptocurrency prices in real time. Logically, this impact worried many cryptoasset investors. Powell’s current term ends in February 2022, so they will have to deal with it for now.

Bitcoin has presented multiple declines in recent days, falling as low as USD 55,500. These declines have generated fear among traders and retail, so analysts have been trying to predict the cryptocurrency’s next turns.

Independent market analyst Rekt Capital provided a chart forecasting a positive scenario at the end of the month. According to it, the digital currency is likely to recover in the coming days. It is clear that it might not happen soon, some sideways action is expected for the next couple of days.

Ethereum keeps treading on the $4,000 level.

Ethereum is positioned as the second most influential “currency” in the cryptocurrency market. However, that fact did not prevent it from being affected by recent market declines. The same positioned its value below $4,000.

It is speculated that these drops are due to the reappointment of Jerome Powell as president of the Federal Reserve of the United States. It is also expected that in the coming days the cryptocurrency will recover and reach more than 4,100 dollars.

The use of cryptocurrencies does not cease to generate controversy in many of the leading countries of the economy. On this occasion, it is China who reiterates its position against these digital currencies by placing restrictions to prevent their use.

The restriction will focus on monitoring the activities of all state-owned companies. This in order to prevent possible illegal movements related to the use of these currencies. The announcement generated a drop of 11% in its value.