Discover the most relevant cryptocurrency news 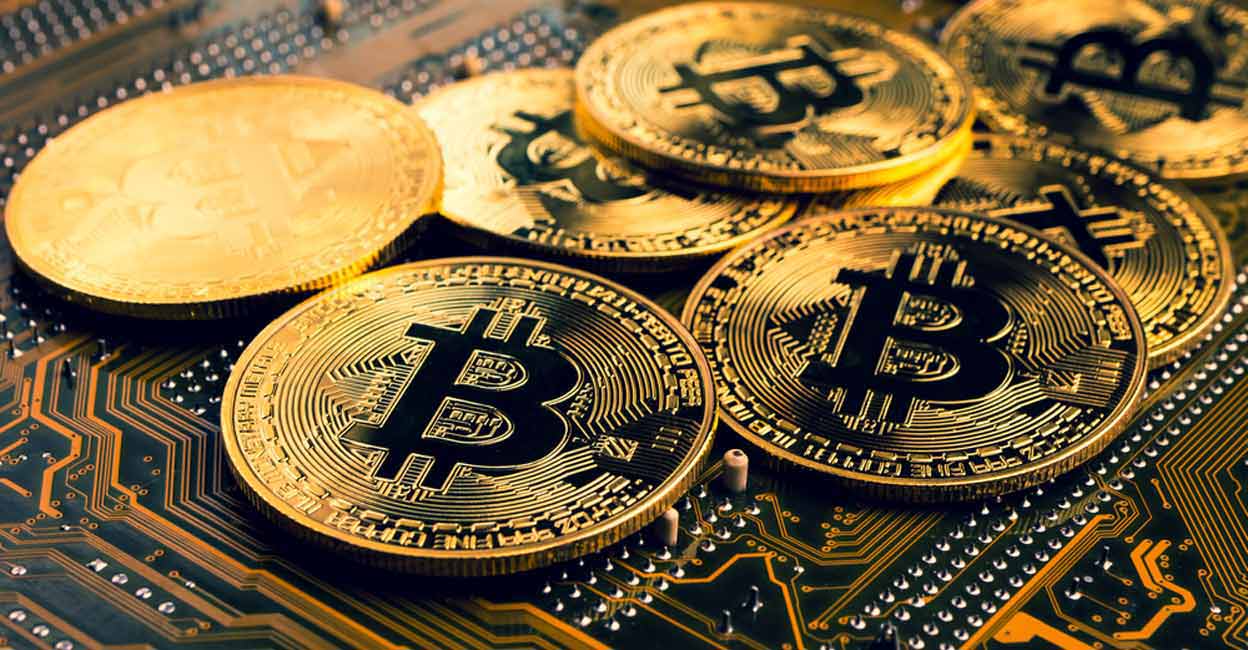 Cryptocurrencies make life easier for many people who want to make transactions over the Internet. Others are also looking for cryptocurrencies to invest in the long term. If you are one of them or you are interested in everything related to this topic, we detail the news about digital currencies. Discover the most relevant cryptocurrency news.

Here we give you a summary with information about the most important cryptoassets. You will find news from different countries, different types of digital currencies, including cryptocurrencies for beginners and more. Remember that these allow you from receiving payments for work to canceling any purchase you make.

China will consult on the use of cryptocurrencies in this country

The Chinese government announced that it will conduct an analysis focused on the use and mining of cryptocurrencies. This consists of a study where different social circles will participate and the main idea is to listen to many comments. The initiative is surprising since the country has a ban on cryptocurrencies.

The study will last for one month and started last October 21, 2021. They will collect opinions and comments through physical mails and emails. Meanwhile, the so-called National Development and Reform Commission of China will be the body in charge of carrying it out.

The goal is also to analyze calculations about the maintenance of digital currencies such as Ethereum or Bitcoin. Chinese agencies have not said when the result will be published. However, there is expectation that perhaps they will change their position on the use of cryptocurrency mining.

Shiba inu, considered as a meme or parody cryptocurrency, increased to its historical maximum. Today, Shiba Inu is one of the most valuable assets in the global market at the moment. It specifically ranked 11th among all cryptocurrencies.

Shiba had an increase of approximately 40%, only in the last few weeks. However, shortly thereafter it had a drop of about 10%. This occurred after Elon Musk, CEO of Tesla, pointed out that he did not have this currency.

This is among the cryptocurrencies for beginners because it is one of the newest. You have to take into account that it arises with similar characteristics to Dogecoin. Since its creation it has had an upturn, even many well-known people have indicated that they use it.

Another currency that reached its historical maximum in recent weeks was Bitcoin. As you should know this is one of the important and serves as cryptocurrencies to invest in the long term. This cryptocurrency reached over 66,000 dollars, which is evidence of the good moment it is experiencing.

In this way it surpassed the levels reached in April of this same year when it set a record. October has been a key month because days before reaching $66,000, it had shot up to $62,000. This evidenced a breakthrough for those who regularly use this digital asset.

This year has not been easy for this cryptocurrency, as it has suffered large drops. In past months, including June, many users began to worry because it did not achieve growth. However, it is recovering little by little and Internet users expect its value to return.

Another important Bitcoin news is that the first futures fund (ETF) of this cryptocurrency started trading on Wall Street. Many people who invest through this system wanted this to happen. This due to the fact that it can generate a positive impact on electronic trading.

Hours after the arrival of the Bitcoin-based ETF some experts called it a success. Entrepreneurs visualize this futures fund as an instrument that can help them. In just a few days it moved a large range of dollars among major industries.

The Bitcoin ETF also resulted in the cryptocurrency reaching an all-time high, as mentioned above. Experts believe that the price has a lot to do with the rebound of this digital currency. Now it remains to wait what will happen in the coming days.

Bakkt, a digital asset transaction tool, established alliances with Mastercard. The main objective of the union between both companies is to strengthen cryptocurrency services. This means that customers will have the opportunity and ease of buying cryptocurrencies.

It will also allow them to sell or even store cryptoassets, which will benefit them when doing paperwork. Likewise, both companies have agreed to facilitate the issuance of different instruments. For example, among them are credit or debit cards focused on digital currencies.

The alliance was announced last October 25, so users are evaluating the impact this will have. Keep in mind that the main customers that will benefit are U.S. residents. The goal of these two companies is to boost e-commerce in many areas.

Brazil plans to use Bitcoin as legal currency

Brazil is discussing a bill in which it is proposed that Bitcoin be used as legal tender. According to several deputies, this proposal serves to allow the inhabitants to buy various products or services with this cryptocurrency.

However, take into consideration that this is just a project. For it to be executed the legislators that make up the Brazilian Chamber of Deputies must approve it. They need the majority of parliamentarians to agree with this approach that regulates the use of this currency.

Users residing in this country are waiting for when the bill will be submitted to the chamber. According to reports, it may be announced in the following days. It is not the first nation in Latin America to propose something similar, as El Salvador has already done so with positive results.

Facebook launched last October 19 its own cryptocurrency wallet, called Novi. It began to present it initially in the United States and also in Guatemala. The company started with a test with the purpose of verifying its functionality and reviewing any errors it may have.

The main purpose of this digital wallet is to facilitate monetary transactions between both countries. But users will also be able to use it between members of the same nations. It can be used to send money quickly and instantly, like most of the digital currencies that exist.

However, consider that Novi has the feature that it does not support Diem and does not use blockchain. So if you are if you want cryptocurrencies for beginners analyze these factors. The company has not informed if they will open similar digital wallets in other countries for exchanges.

When making transactions with cryptocurrencies you should be aware of possible scams. In several countries there are reports of networks involving people who are victims of electronic fraud. An example of this is Spain, where in recent months a series of thefts have emerged.

The police of that country reported that the scams occur around cryptocurrency investment. That is, different pages and websites offer investment services, but end up being a fraud. The scammers provide options in the stock market with different types of cryptoassets.

The scam generally present high profitability possibilities and really low risk. They also ask for an estimated amount, then they disappear. That is why it is important that you check well and correctly analyze intermediary pages that offer cryptocurrencies to invest in the long term.

If you are one of the people who invest in cryptocurrencies and you like to be updated on technological issues, you will surely know Elon Musk. This is an entrepreneur and also serves as CEO of Tesla. But in the world of digital currencies he offers different opinions about it.

He also has some influence on the cryptocurrency market when he gives his opinion. On this occasion he stated that Dogecoin can be considered as the “people’s” currency. In this way, the entrepreneur seeks to promote this digital asset in order to encourage users to use it.

He also disavowed other cryptocurrencies such as Shiba inu, which, as we indicated, had a fall after Musk’s statements. The tycoon always manages to publish analyses related to the business area. Many consumers attach great importance to what he says.

Ethereum, considered one of the best cryptocurrencies for long-term investment, launched a new version. It is an upgrade that experts believe will have a big impact. It will specifically offer improvements in its underlying platform, which promises greater innovation.

With this they also seek to have an upside, since in recent months they have presented certain rallies. Ether is trying to dethrone its direct rival Bitcoin, which is the leading cryptocurrency. Today this cryptocurrency has an aggregate value of more than $500.00 million.

That is less than half of its competitor, who has a great value. On the other hand, it is expected that the update will present a greener version and avoid possible failures. As well as users have expectations regarding the speed of the system, as they want it to be efficient.

5 cryptocurrencies may have a growth

According to cryptocurrency expert Credible Crypto there are 5 coins that can experience growth. This is a trader who is known for providing analysis on the world of digital currencies. He first mentioned Ethereum as one of those that will have an upside.

In his analysis, he assured that this cryptocurrency may reach its historical maximum in the next months. On the other hand, he stated that Convex Finance is also expected to have a good boost. He additionally named XRP, who according to the expert gives it an excellent appreciation and valuation.

The fourth digital currency he indicated is about Hedera Hashgraph (HBAR). He pointed out that it can reach record highs if they manage to avoid certain obstacles. Lastly, he mentioned Solana (SOL) in his list as one of the cryptocurrencies that will see growth soon. Either is ideal as cryptocurrencies for beginners, especially Ethereum.

In the cryptocurrency market there is a group that has been referred to as “whales”. These are specifically investors who bet on a large number of virtual currencies. It is estimated that they may control as much as 1/3 of all the Bitcoin in the world.

This data was revealed to the public recently, causing alarm among those who use this digital currency. Despite the fact that they only announced figures regarding this particular cryptoasset, many believe that they dominate other currencies. Which is counterproductive especially for newcomers.

It was also announced that this figure corresponds to a study. In this it was concluded that more than 10 thousand investors dominate the market. According to specialists, this group can influence certain decisions and the value of this cryptocurrency or others. This undoubtedly affects the market.

Cryptocurrencies are not only used to pay or make certain transactions. They also have other functions such as mining or investments. During the pandemic, part of the world population joined the fashion of digital currencies. This was because they were helpful in confinement.

Analysts in the field think that these digital assets are growing worldwide. No matter what country or area you are in, there are always people betting on them. However, you should know how to do it before taking a risk on any business.

Despite the growth, experts recommend that you always check for example the market and the rise of each one of them. Remember that every day some go up in value, while others go down. This way you will not have losses that you can regret.

Bet here with the best Bitcoin Casinos to get the most of your crypto: 1XBit – BitStarz or click here to see our full list of bitcoincasinos