Bucks manage to beat the Nets 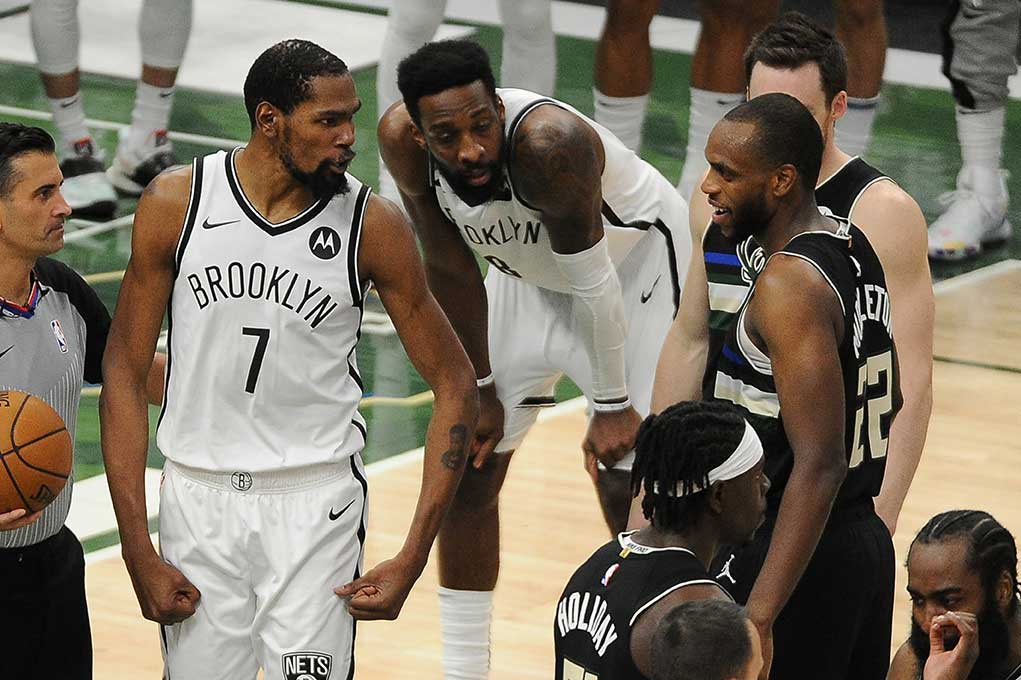 The Bucks have managed to beat the Nets, despite the great play of the latter. The game featured players like Durant and Antetokounmpo, and there were iconic moments that will go down in NBA history.

The uniqueness of the game

Regardless of the outcome of the game between the Bucks and the Nets, there is no doubt that it ended up being something unique. The main reason is that it was an overtime Game 7 of the Playoffs.

That hadn’t happened for about 15 years. On the other hand, Durant also stood out for playing all 53 minutes. Since Jimmy Butler, who did it in 2014, no other player had achieved that mark.

Kevin Durant could have changed the entire outcome for the Bucks. Already towards the late stages of the game, he had a chance to make a shot. His plan was to get a game-winning three-pointer to reverse the score, 107-109.

However, Durant was betrayed by his foot, which ended up stepping on the line. In doing so, he missed a wonderful opportunity to close out the series and scored just two points. It was this failure that forced the teams to face each other in overtime.

Overall, Durant’s performance was admirable. In addition to scoring 48 points, he had six assists and nine rebounds. His opponents, aware of the effort he had made, were grateful that he had missed.

The Bucks were in top form in overtime, even outplaying their opponents. This was made possible in large part by Giannis Antetokounmpo, who acted as the leader his team needed.

Antetokounmpo played with such skill that he had 40 points and 10 rebounds. Other players contributed in the final minutes, and the Bucks closed the overtime with 2-6 in their favor.